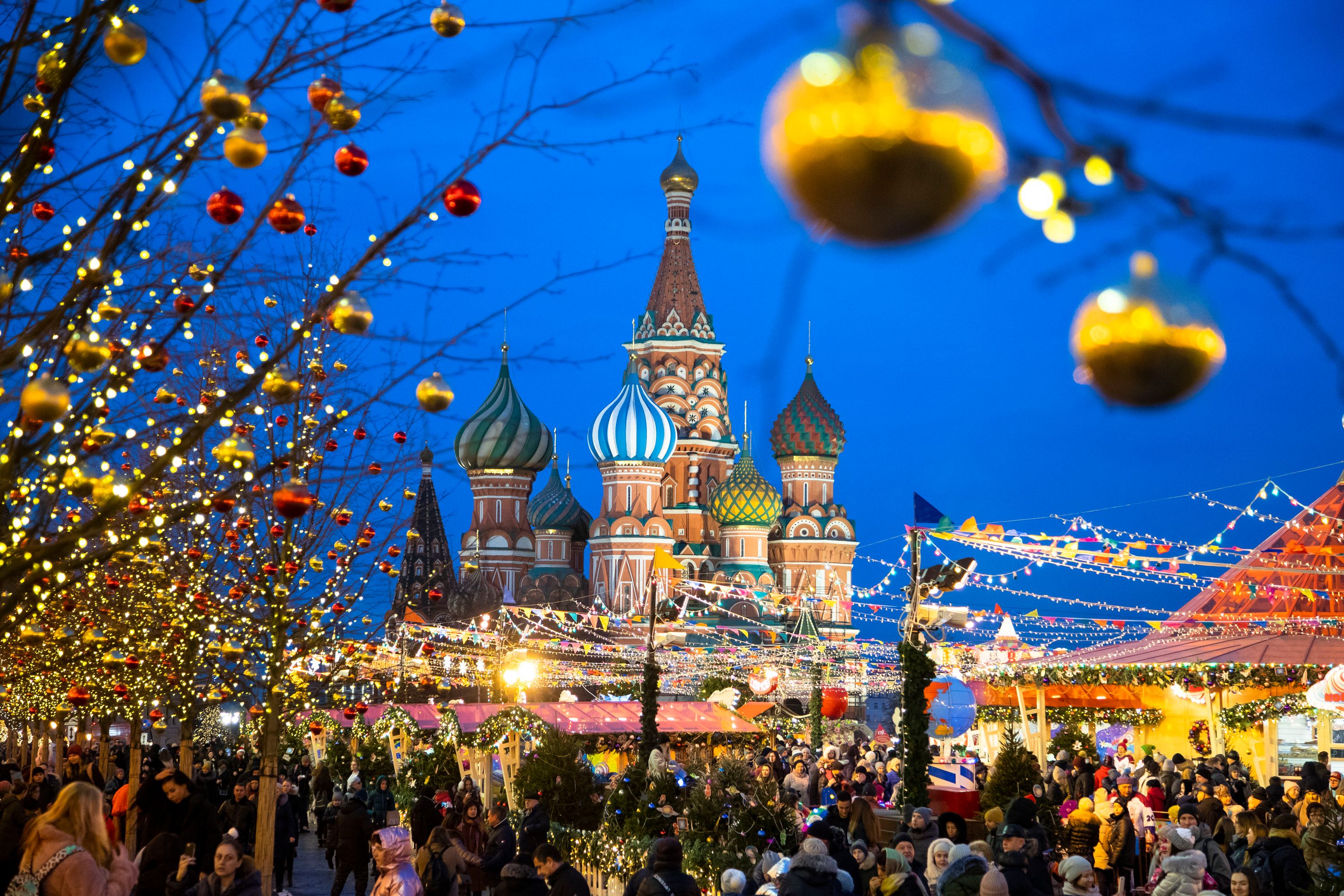 In 1954, Soviet leader Nikita Khrushchev transferred the Crimean peninsula from one Soviet jurisdiction to another — from the Russian Soviet Socialist Republic to the Ukrainian Soviet Socialist Republic. Since they were both Soviet republics, the transfer seemed innocuous. But after the collapse of the U.S.S.R., many Russians were saddened that Crimea was now part of another country; they had grown used to thinking of Crimea as an inseparable part of Russia, one of the few warm spots in an otherwise wintry landmass.

So when Putin occupied and annexed Crimea, most acquiesced.

The Kremlin denies breaking international law by annexing Crimea and points to the 2014 referendum that Russian leaders said showed overwhelming Crimean support for joining Russia; results have been widely disputed in the West.

“Crimea returned to its historical homeland. Whether or not that was appropriate, that’s not for us to decide,” Kostova said.

The West does not recognize the annexation of Crimea and has accused Russia of violating international law and Russian-signed agreements safeguarding the territorial integrity of Ukraine. In the aftermath of the annexation, Russia lost its seat at the G8 as the West imposed far-reaching sanctions.

“Crimea was taken without firing a single shot. It was not a war, but a triumphant, peaceful and easy restoration of justice for the majority of Russians,” Kolesnikov said.

By contrast, the Donbas — a post-industrial region dependent on ailing Soviet-era coal mines — does not hold a special place in the Russian mind. And years of war have made attitudes to Donbas, and Ukraine more broadly, rather less romantic. Domestically, the Russian population is growing tired of years of ebbing and flowing clashes on the Ukraine-Russia border.

To get some insight into this difference, I reached out to Russia’s best pollster, Denis Volkov, president of the Levada Center.

According to Levada’s data, the majority of Russians don’t want to make Donbas a part of Russia, preferring independence for the Russian-speaking east of Ukraine. But they also generally support Putin’s line on their shared identity and heritage with Ukraine.

Whether young Russians would be willing to fight for Donbas independence or annexation is another question, however.

For years now, Putin has been reworking Russians’ understanding of their history, and one element of that is to deny that Ukrainians have their own history and culture that is independent of modern-day Russia. In his version, Ukraine is indistinguishable from Russia, and Ukrainian moves toward independence are fomented by the West in an attack on Russia.

This might help explain why Putin has been focusing this round of complaints on NATO. According to Volkov’s polling, half of Russians believe that the United States and other NATO countries are the instigators of heightened tensions in eastern Ukraine, while 16 percent blame Ukraine and only 4 percent blame Russia.

In other words, the one thing that might bring Russians around to this potential war is if they believe that NATO, not Russia, is the aggressor.

“The logic is that if NATO is pulling us into a war, then we must respond in kind, in order to protect the Russian-speaking population in the Donetsk and Luhansk People’s Republics,” said Volkov, referring to the unrecognized east Ukrainian statelets proclaimed by pro-Russian separatists.

So far, Volkov says, Russians mostly do blame NATO and the U.S. for the conflict with their former Soviet compatriots. But Volkov says it remains to be seen if they will unite behind Putin over Donbas the way they did for Crimea.

“It seems to me that there will be no such rally around the flag as happened after Crimea,” Volkov said. “People are tired of the Ukraine conflict, and tired of international tensions.”